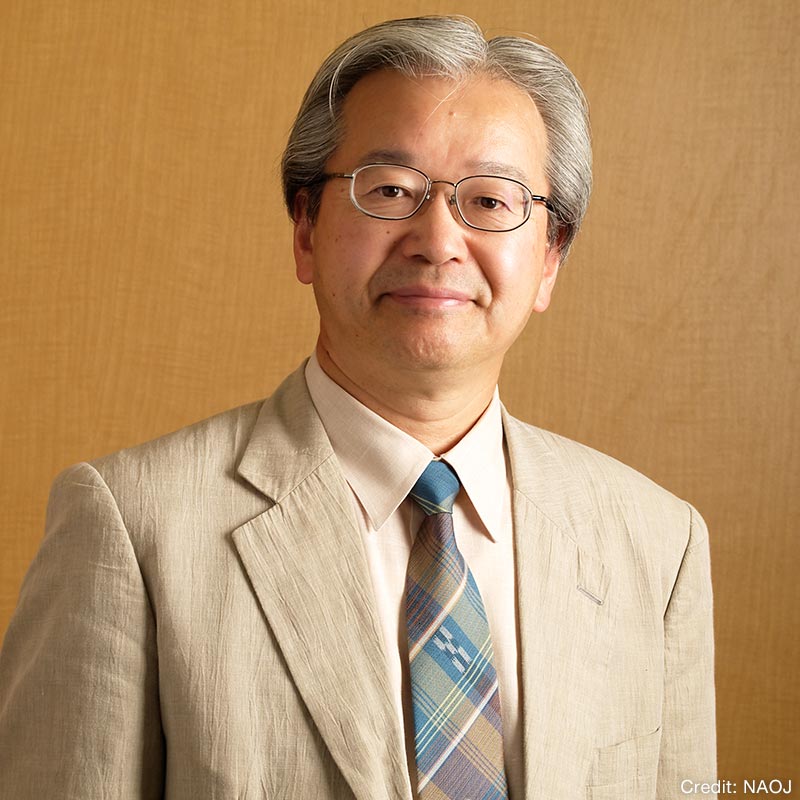 Dr. Norio Kaifu, Professor Emeritus of the National Astronomical Observatory of Japan (NAOJ) and who had served as the third Director General of NAOJ, passed away due to pancreatic cancer at 12:08 p.m. on Saturday, April 13, 2019, at age 75.

Dr. Kaifu drastically raised the level of Japanese astronomy. He was also a global leader contributing to astronomy development. He was appointed as a research assistant at the University of Tokyo in 1969; a visiting researcher at the National Radio Astronomy Observatory; an assistant professor at Tokyo Astronomical Observatory, University of Tokyo in 1979; a professor at NAOJ in 1988; and the Director General of NAOJ in 2000. During this period, he played a key role in the construction and operation of Nobeyama Radio Observatory, which become Japan's first large Inter-University Research facility in astronomy. He led the construction of the Subaru Telescope in the 1990s and served as the first Director of Subaru Telescope from 1997. In 2004 as the Director General of NAOJ, he participated in ALMA on equal footing with the United States and Europe. Due to the incorporation of the national universities and organizations in 2004, NAOJ was reorganized with various systems suitable for promoting large-scale plans as an Inter-University Research Institute Corporation. As a member of the Science Council of Japan from 2005 to 2011, Dr. Kaifu led the creation of the master plan system, which provides guidelines for large-scale research plans in Japan. He made great achievements in academic administration and facilitation. He was the second Japanese astronomer to be President of the IAU, serving from 2012 to 2015. He made a major contribution to astronomy in the world, focusing on promoting astronomy in developing countries.

Dr. Norio Kaifu was widely known as one of the pioneers of radio spectroscopy. He quickly recognized that molecular line observations in the millimeter wave band would become a mainstay of radio astronomy in the latter half of the twentieth century. And, by using the 6-m millimeter-wave telescope built in 1970, he successfully detected interstellar methylamine. Following this, he encouraged the development of an acousto-optical spectrometer for the Nobeyama 45-m Radio Telescope, and eventually created a spectrometer which had more than ten times the bandwidth and channels of its counterparts used at other radio telescopes around the world at the time. Using this spectrometer on the 45-m telescope, he discovered various interstellar molecules (mostly organic molecules). He also led research on the process of star formation, and laid the foundations for various fields, such as the direct observation of exoplanets by the Subaru Telescope and ALMA observations of the evolution of protoplanetary disks. Other than astronomy, he also wrote numerous books on poems and contributed to society.

We pray that his soul may rest in peace.