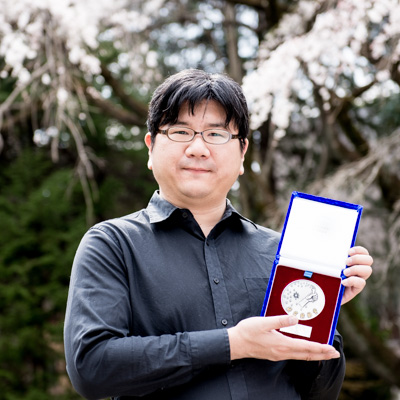 Dr. Takiwaki successfully developed a calculation method for three-dimensional numerical simulations. He performed the simulations with large-scale computers and reproduced the physical processes from the gravitational collapse occurring in the nucleus of the star to the beginning of the explosion. To simulate this, it was important to make the interior structure of the star spatially asymmetric. Furthermore, through the simulations he discovered a new explosion mechanism caused by the rotation of a massive star.

In the future, he will improve the calculation method invented by him. It is expected that comparing observational results with long time-scale three-dimensional calculations using next-generation computers will advance our understanding of supernova explosions and will lead to great progress in clarifying massive object explosion phenomena. 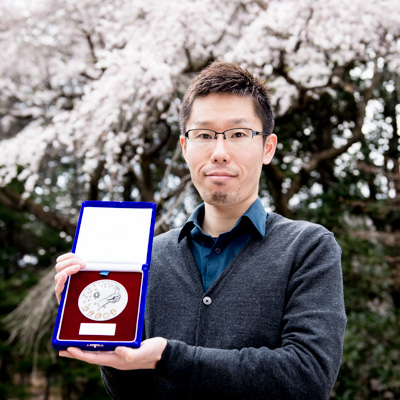 The theme of Dr. Hada’s recognized research is “observational research on super massive black hole jet production, convergence, and acceleration regions with high resolution VLBI.” Jet radiation from an active galactic nucleus black hole is a massive astronomical phenomenon extending greatly beyond the size of a galaxy. Using Very Long Baseline Interferometry (VLBI), Dr. Hada performed detailed observations on the black hole jet in galaxy M87. In particular, he succeeded in observing the black hole jet of galaxy M87 with the highest resolution. Furthermore, he measured the precise position of the root of the jet, and elucidated the relationship between the position of the black hole and the structure of the jet seen in electromagnetic waves. He could also surmise its acceleration mechanism from detailed observations of the jet structure.

This award ceremony took place during the spring 2016 meeting of the Astronomical Society of Japan.

(Note 1) The ASJ Young Astronomer Award is an award by the Astronomical Society of Japan, founded in 1988, to honor young astronomers who produce excellent research results.Back